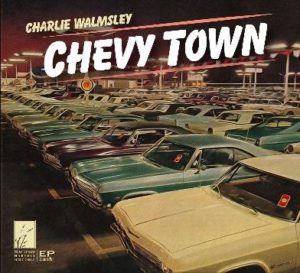 In early May at Mackinaw Harvest studio in GR with producer Michael “The Colonel” Crittenden at the helm, we recorded three songs to accompany “Chevy Town” on a four-song EP.  The popular response to my song “Chevy Town” inspired me to  look into a promotional campaign.  Peter Hay of Twinvision persuaded me that any radio promotion should include at least a four-song EP fomat with physical CDs.  So here is my next project.  I sent The Colonel about ten songs for consideration and we agreed on recording “Mickey’s Bar & Grill” (everybody’s favorite hang), “So Cool” (a fun little love song) and “They All Came Together” (ode to some great songwriters and the beautiful scene they created).  The Colonel enlisted some fabulous singers and musicians to contribute on the project – Michael Van Houten, Nelson Wood, Channing Lee, Brant Satala and Craig Griffith.  The CD’s are available on this website under the “Music” tab, as well as on CD Baby.  The digital downloads are available through CD Baby.

Here is a CDBaby Music Player with the first three tracks: