In March 1980, I took a trip to visit friends in Colorado.  Pat Sheeran and Joanie Howland in Cortez, Tom Simpson in Denver, and my long-time musical collaborator Sharon Archambeau (aka Shar, Sher) in Denver.  Shar was booked to open for Asleep at the Wheel in Vail, and she invited me to join her on the trip as well to accompany her on the piano at her show.  My recollection of Vail is that the price of everything, including McDonalds hamburgers was outrageous and that folks wandered the streets drinking cocktails from disposable bar glasses.  I had never experienced this sort of upscale tourist benefit before.  We would walk into a bar and order drinks-to-go, then stroll about the chilly sidewalks of Vail, Colorado sipping kamikazes from plastic cups.

I had first seen Asleep at the Wheel at a street dance on the campus of San Jose State while living in San Jose in 1972.  I was quite impressed by this big band playing swinging country.  I saw the band again in 1978 when they opened for Waylon Jennings in Saginaw.  So, I was a moderate fan and probably had an album or two in my collection.  March 1980 was a transitional phase for Asleep.  After winning a Grammy for “One O’clock Jump” in 1978, they left Capital Records following their 1979 release “Served Live”.  Four long-term members, including Lucky Oceans had recently left the band.  In his 2016 memoir “Comin’ Right at Ya,” Ray Benson refers to 1980 as a revolving door of musicians and a very dark time for the band.  Recent new members included drummer Billy Estes from Tulsa and singer Maryann Price whom I had seen perform in San Jose with Dan Hicks and his Hot Licks.  Price had also worked with Ray Davies and The Kinks after The Hot Licks broke up in 1973.  I was a Hot Licks fan with two or three albums.

Shar and I opened the show with her mostly country set, including a few Emmylou tunes, some Linda Ronstadt, Ian Tyson’s “Someday Soon,” and Sam Cooke’s “Bring It on Home to Me.”  It was a treat playing that grand piano in such a nice room and the crowd loved Shar’s singing.  When our show was done, it was time to have a drink and watch Ray Benson and Asleep at the Wheel.  Maryann Price did a couple solo numbers including her signature piece, Johnny Mercer’s “I’m an Old Cowhand” which she had recorded on Dan Hicks’ “Strikin’ It Rich”.  She sang that song with such a sultry swagger that every cowboy in the room (me included) had an instant crush on her.  Asleep’s piano player was another story.  After sucking on the readily available oxygen mask, he would hammer out some spastic licks in the most unlikely places.  Then he would sit at the piano and barely play a note until he hit the oxygen mask again, followed by more rambunctious ramblings.  Shar and I assumed that the pretense for having oxygen available was the high mountain thin air, but the piano player was the only one hitting the mask.  Of all the fine players on the stage, that piano player, whose name I do not know, was the most outrageous because of his erratic performance; he stole the show in a negative way.

After the show, Shar and I headed backstage to access our stash of booze and whatnot.  Our dressing room was next door to Asleep’s rooms.  In the common backstage area, I ran into Maryann (heart thumping) and expressed my appreciation for her performance.  She was very friendly, and was thankful for the compliment.  Then I explained that I had seen her in San Jose at The Fox Theatre in 1972 with The Hot Licks.  She remembered that gig very well because it was on her birthday, and everyone had a big time.  We talked about Dan Hicks and some of his songs (“Black Headed Buzzard”) and she recalled how crazy Hicks was and remarked about what a madhouse it was being in his band.  Then she invited me (yes, she did!) into their dressing room to share a drink.  By this time, I had completely lost track of my friend Shar.  I had consumed just enough whiskey and who knows what else, that I was definitely in the here-and-now and cared little about yesterday or tomorrow, or anything else.  Maryann then graciously invited me (yes she did!) to be her guest that evening.  “Why don’t you come back to the condo and party with us?”  “Me, come back to the band’s condo??”  “Yes sure, we’ll have some fun.”  At this particular time in my life, I had no fast commitments – no wife, no kids, in between jobs – my only commitments were a mortgage and a weekend rock band.  I was practically free as a bird, so on the bus I went.

Once aboard the bus, my eyes lit up to see a miniature spinet piano behind the driver seat.   I was so excited to see that piano that I actually forgot about Maryann for a minute.  A light came on in my head – this piano player is a total wreck, I am going to play that piano and steal Mr Oxygen Mask’s gig – my plan was set!  I sat at the piano and began plunking out some blues when drummer Billy Estes came over and introduced himself.  He was very friendly, and we began playing a duet where he played bass (blues in C) and then he switched over to tapping his drumsticks on the wall while I played.  Estes asked where I was gigging and what type of stuff I played, seeming very interested in me. (Yes! I’m In!) Then Mr Big, Ray Benson came over and sat right next to the piano.  Benson was not friendly and barely polite “Hi how ya doin’?”  Billy Estes chimed in “Charlie here plays piano, Ray” “Yeah, I see that.”  So, I continued to play with Benson sitting next to me.  I knew that “One O’clock Jump” was a big tune for Asleep and I had pretty much internalized the first couple verses of Count Basie’s piano intro on the original song.  I asked Benson “You know One O’clock Jump?”  “Yeah I’ve heard the song,” and I played my Count Basie note for note.  I may have had few cocktails, but my energy was taking my fingers to all the right notes, so I was feeling pretty good about this “audition” in spite of Ray’s sour mood.  I played a Commander Cody’s “Beat Me Daddy (Eight to the Bar)”, some Ray Charles, some low down blues and  some country licks ala Floyd Cramer.  All I got from Ray were straight-faced nods.

Just about that time, the bus stopped at a Seven-Eleven store for booze and smokes.  I came up for air and realized that I had been ignoring Maryann, so I strolled back toward her bus seat smiling when the road manager tapped my shoulder and informed me that I needed to exit the bus.  “But Maryann invited me”  “Sorry pal, you need to go”  I looked at Maryann and she gave me a shrug and a look like “nothing I can do, sorry.”  As I exited the bus, Ray Benson loudly bid me farewell, “And take this other piano player with you!”  Yeah Ray, I wish I could. Piano players were out of favor with Mr Benson that night.  So, I was left behind in 7-11 parking lot – no gig, no Maryann – and it was very cold that night.  Once I was aboard the bus, I paid no attention to which way we were going – why would I need to?  That bus was going to be my new home, yeah right.  So, I started walking down the road and noticed that Orion’s Belt was pointing the wrong way, I needed to cross the freeway which meant scaling a six foot chain link fence.  I made it over the freeway fence but ripped my jeans from crotch to knee in the process.  Did I mention how cold it was that night?  Since I had no idea how far the venue was, I stuck out my thumb and bummed a ride back.

My kind ride dropped me at the auditorium, and I went back to the dressing room and fortunately found another pair of jeans in my travel bag.  I grabbed my travel bag and walked through the theatre just when Shar returned from looking for me.  “Chuck!  Where were you? Nobody could find you!”

“I went on the bus with Maryann, sorry.”

Shar, still angry but now laughing uncontrollably, “What did you think?  You were going on tour with Asleep at the Wheel?”

“Yeah, why not? I mean their piano player sucks!”

“Ray Benson was in a bad mood, so they threw me off the bus at 7-11 and I ripped my pants climbing over the freeway fence.”  Shar went into a laughing fit for a few minutes.  At least my misdeeds had some entertainment value.  After Shar recovered from her laughing fit, she scolded me, “You know you’re going back home to Michigan next week so just get real, will you please!”  Yeah sure, and take this other piano player with you.  –  CW 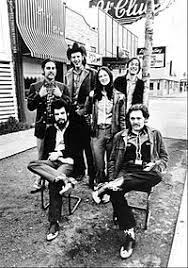 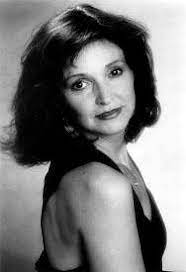 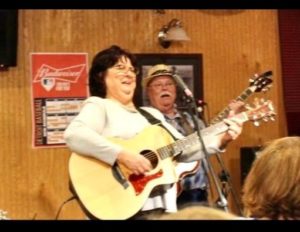