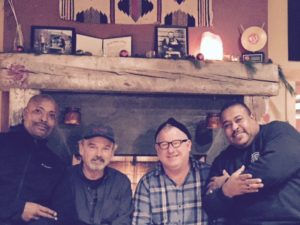 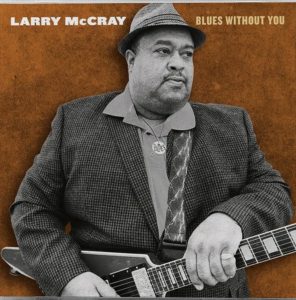 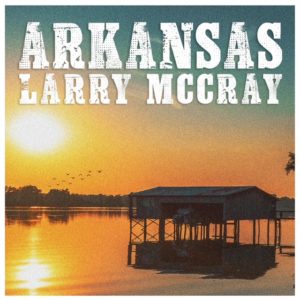 Late  in 2014, I had a dream that I called my friend Larry McCray on the phone.  Larry answered and told me he was in the middle of a rehearsal.  In my dream, Larry was singing a song…”I was born in Arkansas, feedin’ hogs and bailin’ straw..”  In my dream, I thought, “Damn, I wish I had written THAT song!”  I woke startled, jumped up and wrote the first draft lyric for Arkansas at four in the morning without the benefit of coffee.  I knew a bit about Larry’s history, born in Arkansas then relocating to Michigan around age 12.  I also knew about Larry’s older sister Clara McCray who was an accomplished working musician in her own right.  Clara acted as a mentor and influence on her younger, musically inclined siblings – ‘she left me with this old guitar.’  I made a rough home demo of Arkansas, and sent it to Larry.  In December 2015, Larry and his brother, drummer Steve McCray joined me for a demo session at Michael Crittenden’s Mackinaw Harvest Studio in Grand Rapids where we recorded three of my songs, one of which was Arkansas.   My original music for Arkansas was a chunka-chunka Jimmy Reed groove.  In the studio, Larry had different ideas, hearing more of a Bo Diddley chop, so I encouraged him to make the song his own, it was his story after all.  The song had to be a collaboration, because I heard Larry sing it (in my dream) before I wrote it!  In order to match the lyric to Larry’s new structure, we needed an additional line for each verse.  Larry and I worked out the additional lyric lines and he made a few changes to my original draft lyric.  Larry changed my ‘way down south from Mackinaw’ to ‘Saginaw’ – much better.  When I was with Larry at King Biscuit Festival in Helena, Arkansas in 1994, the food vendors put cole slaw on barbecue sandwiches; that always stuck with me about Arkansas – ‘I like barbecue with my cole slaw.’  Larry and I collaborated on the lyric and the arrangement, and recorded a really cool demo under Michael Crittenden’s production.  After that session, I saved the song demo in my files and more or less forgot about it.  I never shared or pitched Arkansas to anyone besides Larry because it was Larry’s song, Larry’s story.  Then in 2020, Larry told me he planned to record Arkansas on his next album, but the recording session was cancelled for the COVID shutdown.  In July 2021, Larry called asking me to email him the lyric sheet for Arkansas because the blues guitar giant, Joe Bonamassa was coming to Bay City to persuade Larry to travel to Bonamassa’s LA studio to record an album.  In September 2021, Larry went to LA and recorded Arkansas as well as another song of mine, Mr Easy, along with several of Larry’s own compositions and co-writes on his new KTBA Records album, Blues Without You.  In the LA studio, production geniuses Josh Smith and Joe Bonamassa adorned Arkansas with dazzling horn charts, backing vocals and the ‘take me back’ chorus, resulting in a superb contemporary blues recording.  When I listen this recording that began as a dream eight years ago, I am overwhelmed to be a collaborator-originator on such a fine project; it feels like my greatest musical accomplishment.  Arkansas was  released in February as a single in advance of the album, and occupies the album’s opening track.  With Joe Bonamassa and Josh Smith producing, and an all-star band behind Larry, Blues Without You was released in March 2022 to rave reviews.

“Blues Without You is truly an incredible record and should become a record that blues enthusiasts are listening to and talking about for years.” – Bluesrockreview.com.  Blues Without You has reached #1 on iTunes, Amazon and Billboard charts.  Check out KTBA Records (ktbarecords.com) for more details.

The song that began in a dream, woke up and found the light of day.